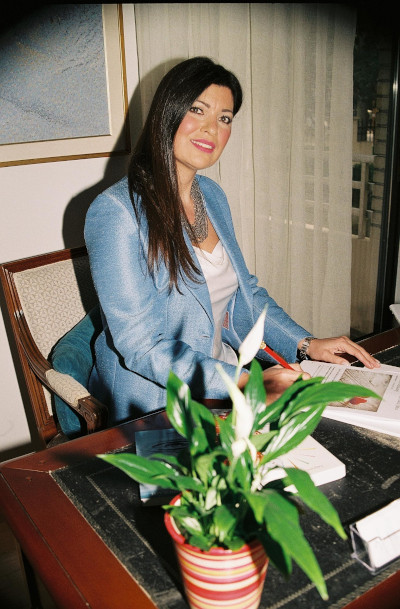 I studied Applied Social with Clinical Psychology at Kent University, England and I am listed as a professional psychologist under the 4914/05-02-09 License Listing Number. I continued with my studies at King's College where I got a postgraduate diploma on Child-Art Psychotherapy. I got my second postgraduate diploma on Relationship Counseling in Hull, London. I have worked as a child psychologist at the educational organization "Place to Be" where I was in charge of the Counselling Services in primary schools. Furthermore, I have worked at the Child Psychiatric Clinic of Guy's Hospital, London.
Papers of mine entitled "Story-telling Techniques for the Assessment of Children's Emotional and Behavioural Problems" have been published in the book "Play Diagnosis and Assessment". In Greece, I hold my private practice as a psychologist, child psychologist and counsellor on Vocational Guidance for both adolescents and adults and at the same time, I teach the seminar "Child-Art Psychotherapy" following the principles of Vera Vasarhelyi's Method at the Centre of Lifelong Learning "Psychopedia".
I also teach the "Management of Children's Emotional Difficulties via Art Therapy" seminar at the same Centre.
Additionally, I work with "Paidion Pleusi", a Centre of Special Therapies for children,adolescents and parents.
I am also a pioneer of an educational programme for company employees. I have been trained in Cognitive Psychotherapy at Aiginiteio Hospital and in Vocational Orientation Counselling at the ISON PSYCHOMETRICA Company.
I have held lectures for parents' associations, frontistiria, community centres, schools and businesses.

Ever since November 2019, I am a volunteer psychologist for the "Ark of the World", a voluntary non-profit organization for mother and child protection.I am also a member of H.S.C.G., the Hellenic Society of Counselling and Guidance.

It consisted of 50 hours of practice on couples with a view to offering them guidance following the Systemic and Psychodynamic Approach.

Postgraduate Diploma in Child-Art Psychotherapy for children and adolescents. Graduated with Honours.

It consisted of daily practice under supervision at the following institutions:

Apart from my private practice I am also working as a psychologist for the Attica Region in order to handle and respond to urgent situations and emergencies.

Psychologist - Child Psychologist with specialization on both Child-Art Psychotherapy for Children and Adolescents and Parent Counselling.

1) Instructor of an educational programme on Art Therapy for children - Duration: 30 hours

2) Instructor of a fast-pace educational programme on Child-Art Therapy for children and adolescents - Duration: 27 hours

I hold seminars on:

- Art Therapy for Children and Adolescents

Integration of a complete programme on the reinforcement, emotional development and support for children-adolescents.

Announcement and analysis of the results of Vocational Guidance to adolescents with a view to discovering their inclinations and/or talents and their future profession.

Integration of a Parent Counselling programme

Certified on the implementation and analysis of the specialized psychometric tests on Vocational Guidance 16PF, CAB, OVIS.

Long experience on the effective therapy of hundreds of children and adolescents with diagnosed emotional problems as well as behavioural problems using the method of Child-Art Psychotherapy. Parent Counselling and Psychological Assessment along with Psychological Support for Adolescents. Cooperation with the ISON PSYCHOMETRICA Company on the assessment and support of business executives.

Life Coaching: "Lead the Life you Would Like to Have" - Duration: 12 hours

"Psychological Interventions and Techniques to Support Individuals in Search of a Job" - Duration: 8 hours

The American College of Greece-Deree

"Mythology and Psychology: How Can Myth Change our Lives" - Duration: 6 hours

Greek Association for Humanitarian and Integrative Therapeutical Counselling and Psychotherapy

"Theory and Implementation of the Thematic Apperception Tests T.A.T. for Adults and C.A.T. for Children"

"Analysis of the Psychoanalytic Theory and Practice" - Duration: 40 hours

"Recognizing Depression and Treating it Without Medication"

Association of Psychology and Psychiatry for Adults & Children

Institute for the Research and Implementation of Mental Health Programmes

"Psychotherapy in Europe: Trends and Practices"

Elsa Dimopoulou is a psychologist with long experience on the field of psychology. She can help you improve your mental health and achieve your goals..

Where your soul leads is your talent lies. 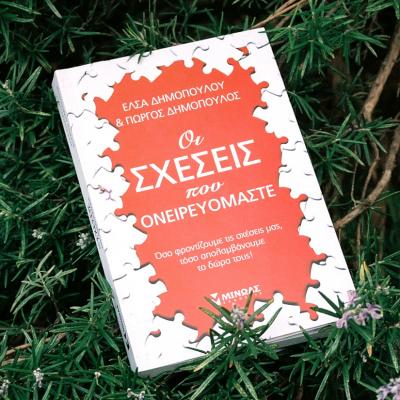